Berry Street and Victorian Aboriginal Child Care Agency (VACCA) announced in August 2017 a major partnership with Gandel Foundation and Sidney Myer Fund, aimed at adapting the Family Finding program across their Victorian services, building on initial support from a number of smaller trusts. The grant will see the completion of an 18 month pilot program with potential to inform wide-spread changes to finding existing family for children in care. 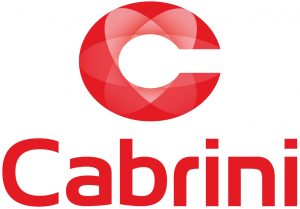 LAUNCH OF THE NEW GANDEL WING AT CABRINI MALVERN

On 27 July 2017 Cabrini marked the beginning of work on its new hospital wing, the Gandel Wing, at Cabrini Malvern, announcing principal donors John Gandel AC and Pauline Gandel.
Community members will benefit from lifesaving cardiac, acute geriatric, medical imaging and radiotherapy services, with building of the hospital’s new state-of-the-art Gandel Wing now underway at Cabrini Malvern.
Cabrini Health and the Cabrini Foundation welcomed the generous support of principal donors and joint capital campaign Patrons John Gandel AC and Pauline Gandel. “On behalf of the Cabrini Sisters, our Board of Directors and the whole Cabrini community, we are overwhelmed by the Gandels’ extraordinary support and generosity, which embodies the spirit of genuine community service for which the family is well known,” said Cabrini Chief Executive Dr Michael Walsh.

Trip of a lifetime

With the support of Gandel Foundation, the Zionist Federation of Australia is sending 160 young Australians on a 10-day trip of a lifetime this Israeli summer.
Taglit-Birthright Israel is a visionary program that provides a gift of a 10-day educational tour of Israel for young Jewish adults aged 18-26. The Zionist Federation of Australia (ZFA) is proud to represent the Australian Jewish community as the local partner in this unique project.
This Israeli summer season, four groups of 40 participants each will enjoy this incredible experience.

The new Gandel Genomics Centre, launched at Hudson Institute of Medical Research on 19 June 2017 by Mr Frank McGuire, Parliamentary Secretary for Medical Research, will play a vital role in transforming the future of Victorian healthcare.

Human clinical trials of a world-first peanut allergy treatment will begin in Melbourne in June 2017, with researchers focussing on the molecular parts of the potent nut allergen that are needed to build tolerance, while removing the risk of a severe reaction. The research has been supported by the Australian Food Allergy Foundation, Gandel Foundation, the Alfred Hospital Trust, and the National Health and Medical Research Council.

Did you hear the BUZZ?

The Zionist Federation of Australia together with our Australian Principal Supporter, Gandel Foundation and our organisational partners, Access Inc, Flying Fox and Friendship Circle are excited to announce the first-ever Australian Taglit-Birthright Israel trip for young adults with special needs (cognitive). The group will depart Australia in November 2017.

A ground-breaking new app developed by national mental health organisation SANE Australia will soon alert people living with bipolar to the potential onset of mania, as well as notify a nominated loved one or mental health professional, to help prevent the often destructive consequences of mania. Research into new therapies for patients with hard-to-treat lymphomas will be undertaken by Walter and Eliza Hall Institute’s Dr Mary Ann Anderson with the support of a three-year Gandel Foundation-Snowdome Foundation Fellowship.

Strengthening the safety and well-being of elderly Australians

The National Ageing Research Institute (NARI) has received a Major Grant from Gandel Foundation that will enable researchers to develop an action plan over the next year to address elder abuse in Victoria.